We’ve been busy collecting feedback from all the wonderful developers that have been downloading and using GameOn Developer Toolkit to build wonderful GameOn Extensions for the GameOn platform. We’re really excited to see so much interest in the platform and we’re glad to have so many of you on board.

We’ve been hard at work taking your feedback and turning into reality – and we’d like to update you all on what we’re doing at the moment.

Upcoming Update: 200603
Feedback: The Add UI Elements button is useful, however, un-intuitive to use. 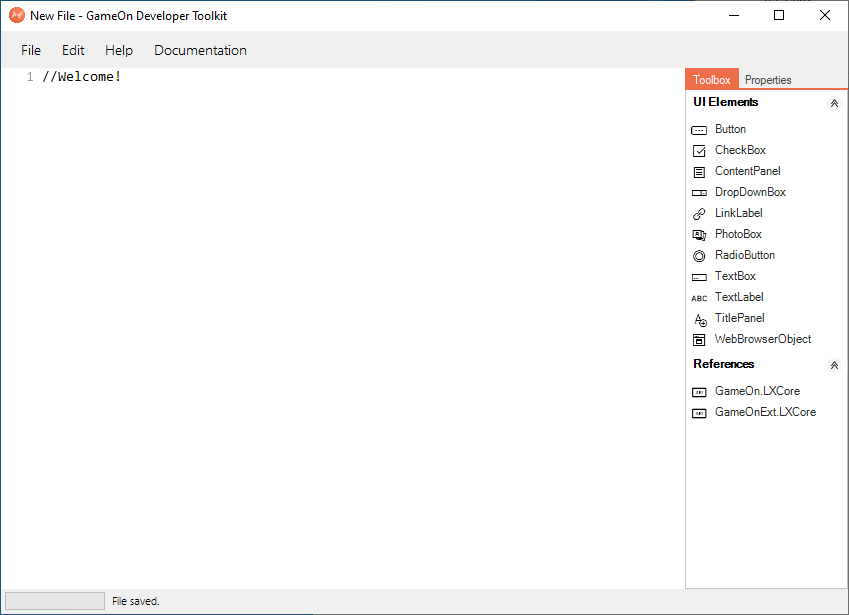 We’re planning to release a small update this week. Update 200603 is a small update that adds a new visual toolbox to make adding user interface elements a little cleaner and more intuitive to use. This new toolbox also adds the ability to import references. They will automatically be added to the project. 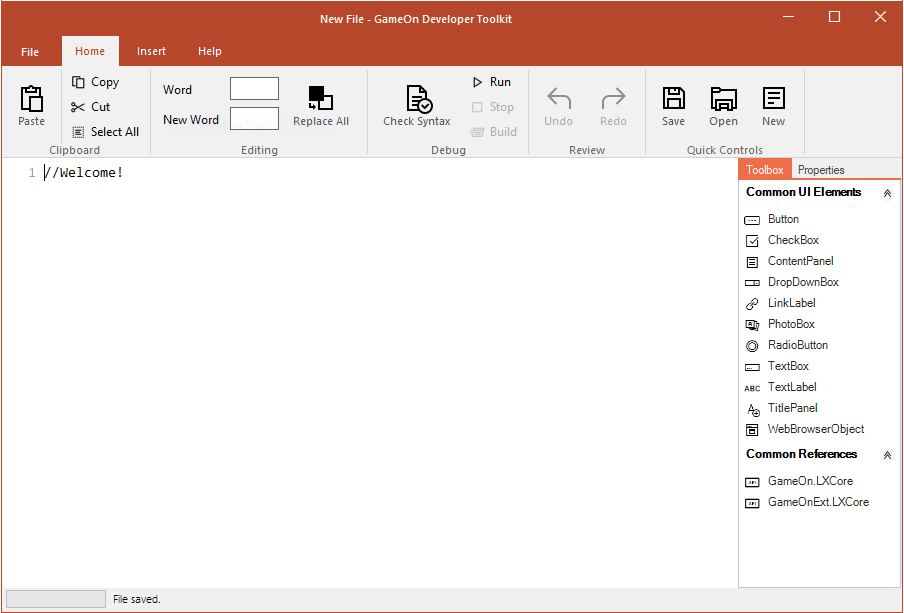 Even though we haven’t released version 200603 yet, we’ve been working on a separate build of GameOn Developer Toolkit that addresses more feedback that we’re currently hoping to have out in early to mid July.

This new IDE sports a more familiar design as well as more features that are common on other IDEs. We will also be expanding functionality as time continues.

Beyond v200701 we have a series of updates planned that will add features to the IDE and application as a whole. Some of these include:

We want to make it very clear that we are taking your feedback and listening to it. We can’t wait to see you grow to love GameOn Developer Toolkit as it grows up to become a better and more capable IDE with support of the community.